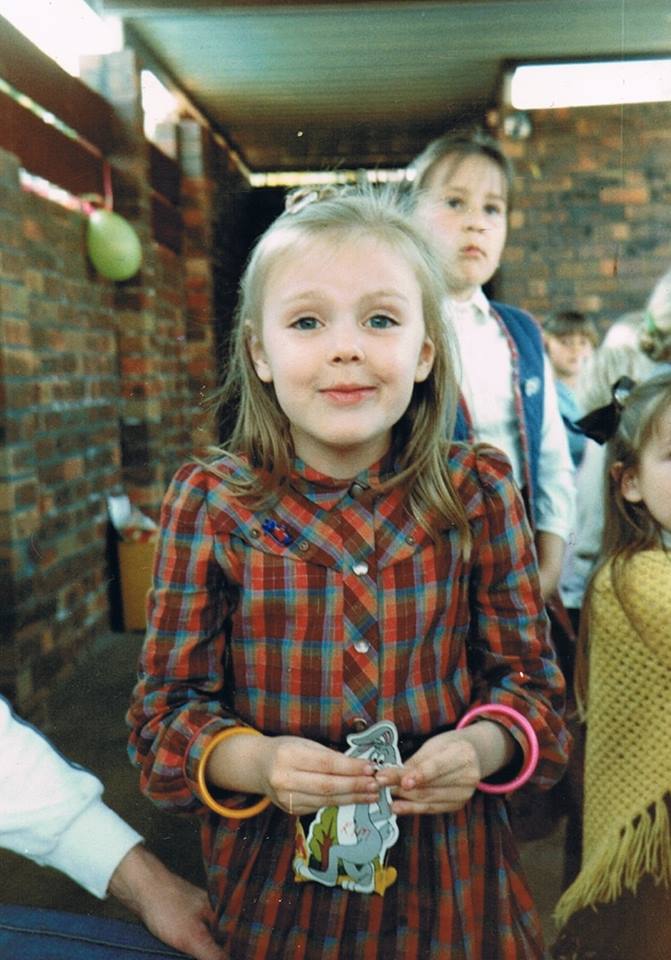 So, once again I have fallen off the blogging wagon. In fairness, I’ve always been more of a reader than a writer. Given the choice each evening of turning on the computer and being creative, or turning to my couch with a good novel … I inevitably choose the latter every time. But I find myself currently sitting at the computer with little to do and so I felt I ought to let you all know I’m still alive and well! I’m off to South Africa again next week, and those of you who read my friend Ger’s blog will know this safari is for a bit of an occasion. Both Ger and I will be celebrating our birthdays, and for me it’s a bit of a milestone being my 40th! So, taking inspiration from Ger’s last post, I’ve been reflecting on past birthdays.

To be honest, I’ve never been one for the big party and huge fuss. I don’t like being the centre of attention and, oddly enough, I don’t like cake. It made birthdays pretty easy for my parents when I was a kid. Small group of friends, lollies rather than cake. What I do like though? Presents! I love the whole process of giving and receiving gifts. I go to great pains to make sure presents are beautifully wrapped, with swirls of ribbon and a card with heartfelt sentiments inside. And what is better than a gift which is a surprise?! Whether giving or receiving, that anticipation of revealing the unknown is exquisite to me. As much as I love the whole gift thing though, I’m not necessarily the best at choosing good ones for others! But back to the birthdays … I can only remember three childhood birthdays. My first birthday (okay, I don’t actually remember this one but I’m going on family tales), my cousin Kate & I didn’t eat the cake, we opted to crawl through it instead. Showing my distaste for the stuff at an early age lol. My fourth birthday, I asked for a figure 8 as a cake. Because, hello, racing car track! And my 13th, which was a fancy dress party with a mini mouse cake. I remember the cake because I went snooping and found it stored in a freezer in our backyard. Being of a curious nature, I stuck my head in the freezer to get a better look and made a discovery. A head full of hair spray will get stuck to the ice inside the freezer. And it’s a nightmare to get it unstuck without tearing your hair out. Word to the wise, people.


And those are pretty much the only childhood birthdays I remember. My 16th is best forgotten, my 18th was at a Greek restaurant my next door neighbours’ owned, and my 21st? Dinner at a French restaurant with friends and family, followed by some dancing and drinking at my favourite nightclub at the time. I also remember my 21st for the outfit I wore. I wanted a gorgeous red dress and agreed to leave it to the then boyfriend to purchase it. Big mistake. Huge. I ended up with an ankle length, slinky, shiny, satin gown. WTF? But being polite, I wore that hideous dress rather than hurt his feelings. Okay, not quite all night … I changed into the standard little black dress before hitting the club 😉 My birthdays in the years since then have passed by quietly and have been largely unremarkable. Typically, I don’t even bother planning a dinner with friends or family. Usually, it’s just another night at home. But there are exceptions. My first birthday spent overseas was in 2001, visiting with my then new boyfriend’s family on the Wirral peninsula in England. Since then I’ve had a birthday in Hoi An, my favourite Vietnamese city, and last year in Krakow. Last year’s celebrations were amazing – dinner, drinks, and dancing in a beautiful Polish city with a fantastic group of new friends met on my travels. There are photos and videos of the dancing, but you all know the rules … what happens on tour stays on tour. The best birthday to date though is an easy one. In 2008 I spent my birthday camping with the Bedouin in the spectacular desert at Wadi Rum. Honestly, what an incredible experience in a breathtakingly beautiful environment. It will be difficult for anything to beat that. But we shall see … this upcoming 40th spent on safari in the Timbavati promises to be a wonderful trip. An epic safari, for a milestone birthday, spent with a great travel companion … does it get better?